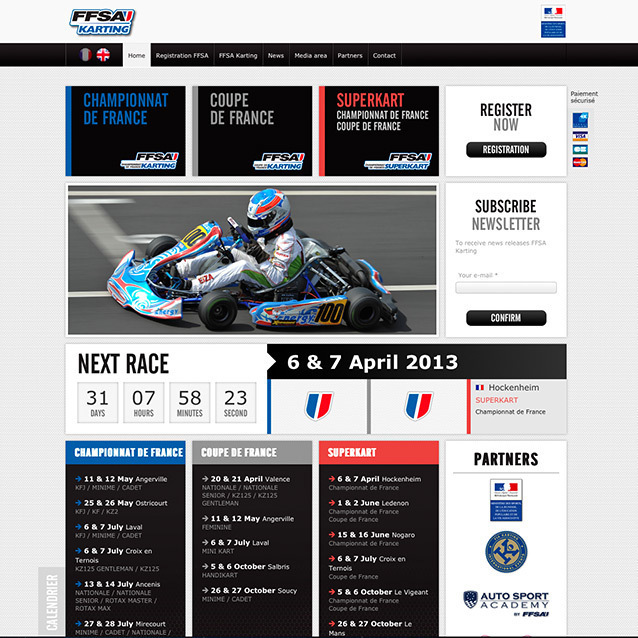 Starting now, registrations for the French Karting Championships and Cups can be submitted directly online via the new FFSA Website: www.ffsakarting.org. The ultramodern tool recently implemented by the FFSA aims at centralising and streamlining the registration process for all drivers competing in national meetings. In a few weeks' time, when all its functionalities are operational, it will be the truly comprehensive portal for federal karting. Another major novelty: the FFSA will distribute large prizes in all its championships, for an overall amount of nearly 50,000 €.

Online Registrations for All
2013 will see the integration of all categories within a single online registration process. Starting now, the French Championships and Cups will benefit from the same treatment on the part of the FFSA, which represents an important step forward for all amateur drivers. As things stand now, Superkart will have to wait until 2014 to benefit from this service, while the French Endurance Championship will continue to be managed by an independent operator, K.M.O. As far as the other federal competitions are concerned, registrations are already open on www.ffsakarting.org.

Large Prizes in All Categories
In 2013, prizes will be back on Championships podiums. The FFSA is going to distribute nearly 50,000 € overall to the top ranking drivers. In international categories, the winner will be given 3,000 €, the second 2,000 € and the third 1,000 €. The top young drivers will be rewarded with a complete engine each: the first 3 in the French "Minime" Championship, in the "Cadet" Championship as well as the winners of the French Cups for Minikart, Minime, and Cadet. 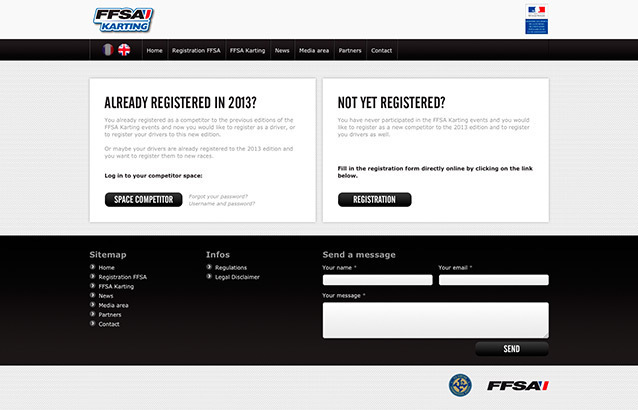 Ostricourt: the Top Event of the Season
Drivers in the KF Junior international category will compete this year in a three-round French Championship: Angerville (11 and 12 May), Ostricourt (25 and 26 May), and Laval (6 and 7 July). These dates have been carefully chosen not to interfere with other important meetings, which are all held in the first part of the season. KF and KZ2 will have the Juniors back at Ostricourt, where these drivers will compete for their French Championships in one weekend.