With four departures and four arrivals, the federal group has renewed its composition while maintaining its eight members for the upcoming season. As shown by an average age of 15 years, youth will reign supreme in 2013 among the French talents. Gabriel Aubry, Dorian Boccolacci, Erwan Julé, and Valentin Moineault have signed for one more year with the French team, while Jules Bollier, Paul Boutonnet, and Arthur Lehouck are logically moving up from the 10-15 programme. Nicolas Gonzalès will be integrated directly, thanks to his remarkable performances in the French KF2 Championship. 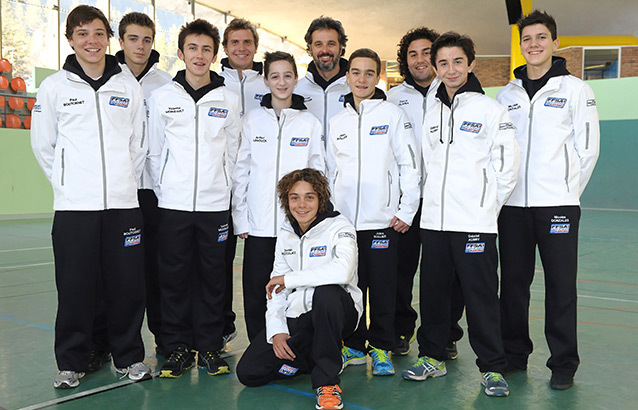 Among the newcomers, Paul Boutonnet, 15 years old, is the driver who showed the most impressive performances during his first season in KF2 after leaving the Cadet category. Boldly skipping the KF3 passage, he has been particularly brilliant in the GPO by conquering the title of French KF2 Champion ahead of much more experienced drivers. In 2013, Paul will join one of the most prestigious teams, Oliver Maréchal's, with a very international KF programme behind the wheel of a Kosmic/Vortex.

French Champion in the Mini category in 2011, Jules Bollier made some excellent improvements in KF3 in 2012 and sky-rocketed to the top of the French Championship, concluding with the Vice Champion title. He will remain loyal to Franck Cancelli's Idéal Kart team for a season more focussed on international competitions in KFJ, on a Kosmic/Parilla kart.

A remarkable pole winner in the Winter Cup 2012 en KF3, Arthur Lehouck has then shown an increasing number of convincing performances. His achievements have not gone unnoticed and the Italian team Luxor Racing has hired him as official KFJ driver, which should enable him to better show his potential.

Nicolas Gonzalès had to wait until 2012 and his entry in a team as organised and effective as DR Racing France to be able to fully express his talent and take victory. At 17, his excellent results in the GPO have opened him the door of the Equipe de France, for an international season in Kosmic with VDK Racing.

Already a member of the Equipe, Valentin Moineault, 16 years old, is a determined and motivated driver ready for another season in KF, with a solid technical background acquired in 2012. He is now in a favourable position within a major team, ART GP, together with a group of top-level team mates.

Dorian Boccolacci, 14 years old, is determined to keep the momentum going as Energy Corse official driver in KF with the same fierce determination. A Lotus F1 Junior Team driver, he can rely on his athletic build as well as on the mindset of a winner.

Gabriel Aubry, 13 years old, is riding a wave of end-of-season success thanks to a French KF3 Champion title, and is getting ready for a busy international season as KFJ official driver within the Birel Motorsport company team.

Erwan Julé, 15 years old, hopes to be able to compete a whole season in KF to demonstrate his evident talent, after the break of a 2012 season mainly dedicated to the CIK-FIA Academy Trophy, where he took third place in the final classification. 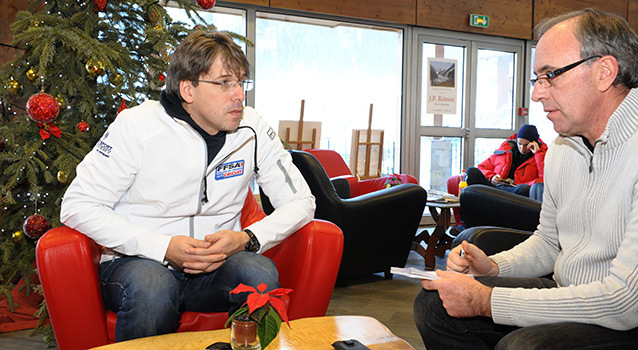 The last word goes to the person who has made all Equipe de France FFSA Karting results possible, that is Morgan Caron:

"After an intense week in the mountains, our drivers should be able to face the competition fully aware of their possibilities: this is our main goal. This year, we have introduced a new organisation to favour continuous progress throughout the season with customised physical and nutritional programmes; in addition to that, we are also trying to make drivers familiar with assessing their sporting commitment through reports drawn up at the end of the track tests and races. The first goal is preparing them as best as possible for the future as drivers. As far as this topic is concerned, we do not have the sole purpose of leading them to the top of car racing. It is up to drivers to decide whether they wish to continue to single-seaters, and we simply accompany them. The FFSA is at their side to develop their talent as best as possible, as well as to stimulate and encourage them. In return, we ask them to engage seriously to this commitment. The culture of effort is inextricably linked to the idea of competition".

And if the successor to Romain Grosjean, Jean-Eric Vergne, Charles Pic o Jules Bianchi emerges from this team 2013, the FFSA will have the satisfaction of having contributed to it. But in any case, it will have supported many young kart drivers, which is a noble mission in itself. 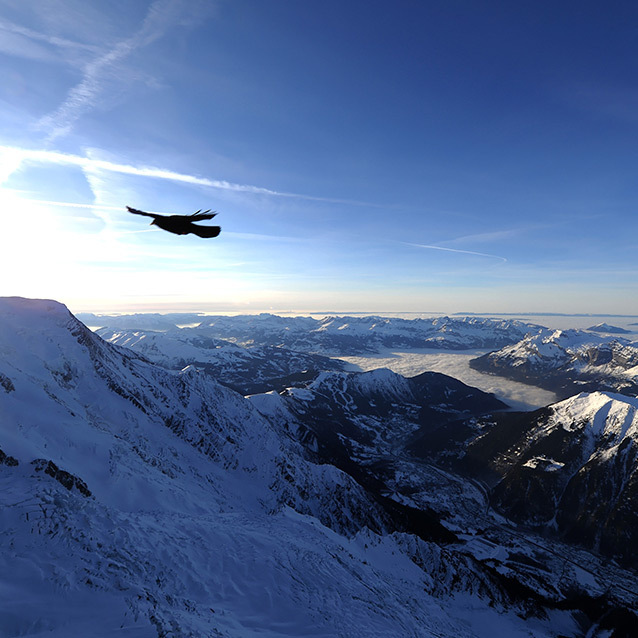